Camas High School knowledge bowl traveled on Monday, February 24th, to Lower Columbia College in Longview to compete in the SW Washington Regional Knowledge Bowl Tournament. It was an auspicious day for CHS Knowledge Bowl. We won the varsity tournament, placing first and second overall, thus qualifying one of our teams to go to State. And the JV teams also did very well, winning the JV tournament by taking first and second overall out of nine total! In short, the kids did us proud once again. 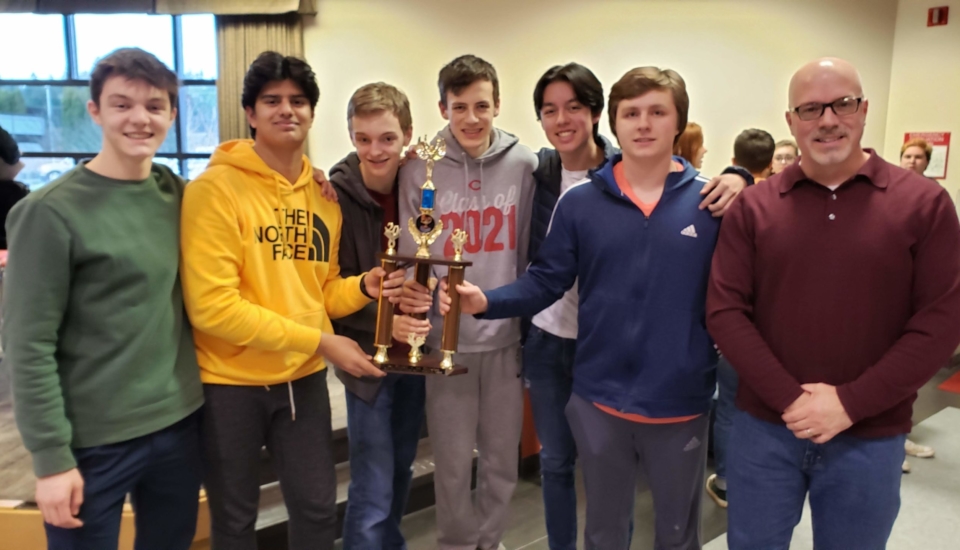 The first place Camas Varsity #3 team that won it all and is headed to State in a few weeks is made up of the following CHS juniors: Owen Baenen, Daniel deLeon, Lucas Mansfield, Julian McComie, Mark Robinson, and Sonnet Salice. Varsity #1 took 2nd place overall, but since we’re only allowed to send one team per school to the State Tournament, their season and storied knowledge bowl careers in Camas come sadly to an end here. They are seniors Michael Bargenda, Edward Bogachuk, Jordan Chase, Jaden Kim, Junha Lee, and Steven Sturges. Hats off to both teams for a stupendous season! 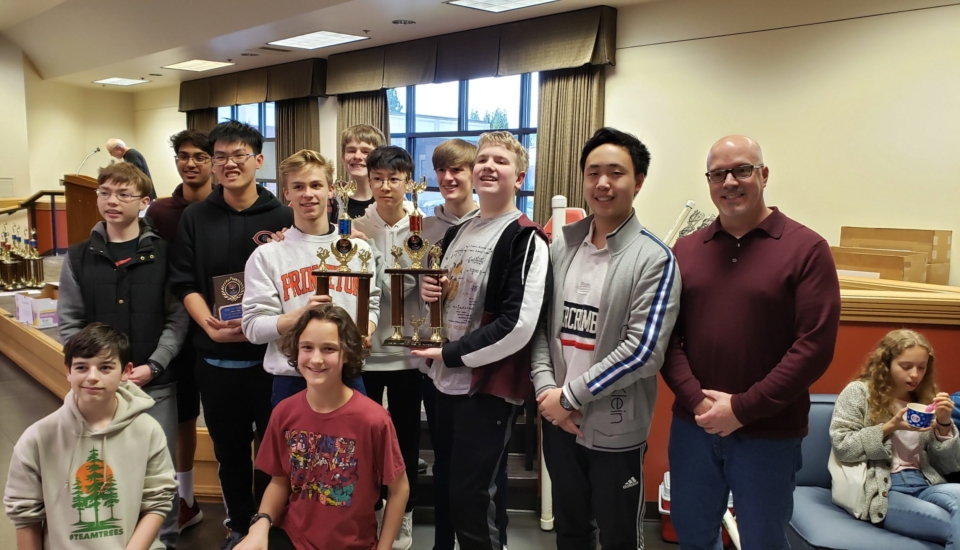 On the JV side of the tournament, our two Camas JV teams that competed also took 1st and 2nd place out of 9 total JV teams that were sent. JV #1 is made up of Jackson Chase, Khoi Dam, Minjae Dang, Ashton Doane, Jeremy Mohn, and Sunny Wang. JV #5 is Fin Leask, Nicholas Leetham, Jacob Leetham, Ishan Mehta, Adrian Soh, and Aiden Stewart. Full write up of the results and pictures are here: https://kbowl.mistergweb.com/chs/sw-wa-regional-tournament-results-2/

In other news, the state qualifiers are looking for some help in prepping for the Washington State Knowledge Bowl Tournament to be held on March 21st in Yakima. They do hereby challenge the staff of CHS to a round of oral questions on Tuesday, March 17th, and they think they can beat YOU, despite the staff winning the event last year.  I reminded them that “old age and treachery always beats youth and exuberance”, but only time and about 50 questions in math, science, literature, history, geography, etc. will tell if their youthful exuberance is merited J.  Are you game?  Let me know if you’d like to unleash your inner Jeopardy and join the staff team on 03/17/20 at 3:30 in room 710. It’s a lot of fun. You’d be free by 4:15ish.