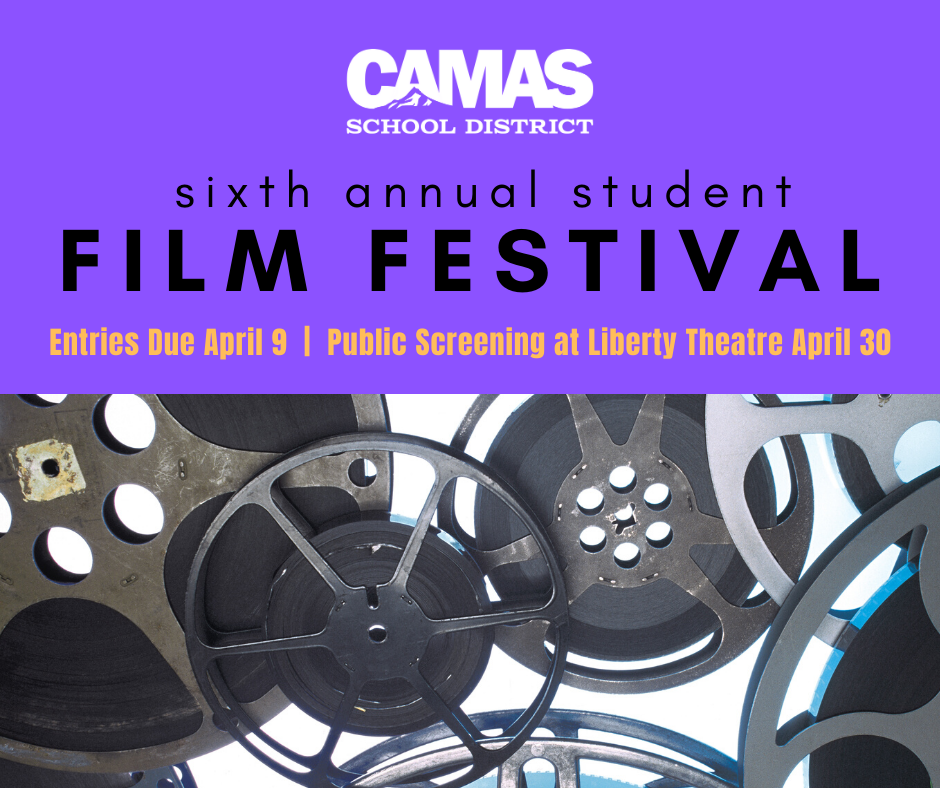 Yeah, having your schoolwork posted on the fridge at home is cool. But having a video you made posted on the Camas School District website and screened at the Liberty Theatre in downtown Camas? We think that’s pretty cool, too. That’s why we’re excited to announce the sixth annual Camas School District Student Film Festival: a video contest created just for our K-12 students, and whose finalists will have their short films shown at the Liberty Theatre. Finalist videos may also be featured on the District website, YouTube channel, and social media pages.

This year’s film festival is all about FRIENDSHIP. How your film uses the theme is up to you! Award-winning films will be screened at the historic Liberty Theatre in downtown Camas on April 30, 2020, from 6-7:30 PM.

Interested? Let us know by using this short interest form, and we’ll keep you up to date on the timeline and offer resources to help you make your film. Questions? Contact Communications Director Doreen McKercher at doreen.mckercher@camas.wednet.edu.

When your film is complete, submit it here: CAMAS STUDENT FILM FESTIVAL.

If you have any questions, you can contact Doreen McKercher at doreen.mckercher@camas.wednet.edu.

Film Riot – Film Riot has a lot of videos on the logistics of film making. DIY equipment, camera, and lighting techniques, sound, and special effect editing tutorials, and much more! They’ve also produced a few shorts that you could use for inspiration.

LFS – Lessons From the Screenplay is a great resource for both new and experienced scriptwriters. These videos can help you as you write your screenplay, with videos that show you how to evoke emotion, effectively control the information given to an audience, etc.

Nerdwriter1 – Nerdwriter1, while not strictly a film channel, does have a few videos going into the techniques certain directors use; like this video on how Spielberg uses sound and this video on David Fincher’s use of cinematography.

DSLRguide – DSLRguide is another great one for kids. Run by Simon Cade, he’s been making films since he was 11 and has a wide variety of helpful videos.