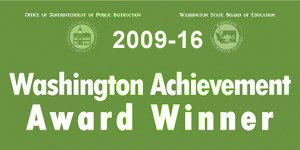 Camas School District was selected as a 2012 Board of Distinction by the Washington State School Directors’ Association. This award is presented to exceptional school boards that demonstrate an understanding of their leadership role and follows through on their responsibilities while showing concern for the educational excellence and equity for all students. 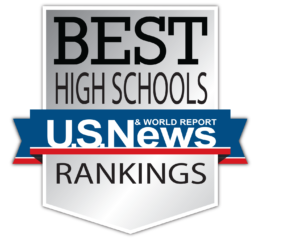 U.S. News and World Report magazine regularly recognizes Camas High School as one of the best high schools in the nation, this year ranking 17th in the state of Washington. The U.S. News rankings include data on more than 21,000 public high schools in 50 states and the District of Columbia. Schools are awarded gold, silver or bronze medals based on their performance on state assessments and how well they prepare students for college.

Liberty Middle School was recognized as a 2014 Washington State Green Ribbon School Award recipient by the Office of Superintendent of Public Instruction in Olympia, WA. 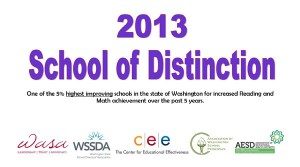 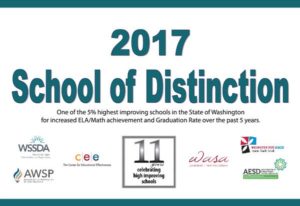 Grass Valley Elementary won a 2013 School of Distinction Award from The Center for Educational Effectiveness. This award recognizes schools that are performing at least at the state average in each grade level measured in their school on reading and math assessments. The top five percent of schools are designated as Schools of Distinction.

Hayes Freedom High School, a school of choice in Camas, was among the 98 schools in Washington State so honored by the Center for Educational Effectiveness (CEE) and their partner organizations for continuous and substantive improvement. Hayes saw a 19% increase in graduation rates (from 72% to 86%) over the last five years.